Right Before Your Eyes

“To Err is Human” was published in 1999 by the Institute of Medicine (IOM), and since that time, healthcare has elevated the importance of quality and safety initiatives in an attempt to reduce the staggering impact of preventable medical errors.  This topic has once again been elevated in the national consciousness as last Thursday (July 17, 2014) there was renewed Senate testimony on the latest efforts to quell medical errors.  In 1999, the IOM estimated that medical errors resulted in 100,000 deaths annually.  Based on the latest Senate expert testimony, the current estimate has swelled to 400,000 annual deaths, with a $1 trillion dollar impact to the economy.  This annual death estimate ranks medical errors as the third highest cause of death in the US.

While the top 9 medical errors are not directly attributable to Imaging (See Senator Barbara Boxer’s (D-CA) “Medical Errors Report Update”), Imaging has worked diligently as a specialty to improve quality and safety for more than a decade.  Aside from the fundamentals of eliminating contrast reactions and extravasations, efforts in education, process improvements, government quality mandates and new imaging IT innovations have brought Imaging digital access to images via PACS; dose reduction and tracking technologies; revolutionary imaging modalities such as PET/CT and DBT; critical results, analytics, peer review, as well as many other technologies that have significantly raised the bar on quality and safety. 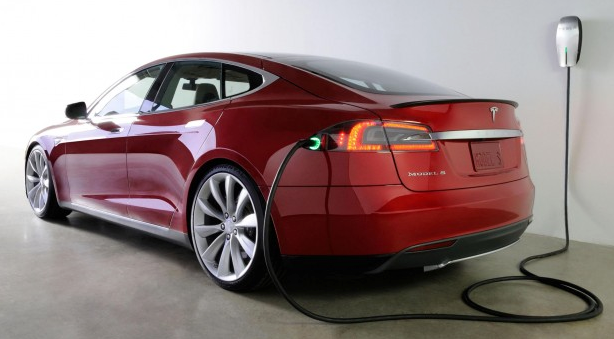 While hard to believe, the most widely used PACS viewers were actually developed prior to and during the turn of the last century. In contrast, today’s Imaging demands for quality, safety and productivity require disruptive innovation comparable to the impact hybrid and electric vehicles have had on the car market (Image courtesy of Tesla).

Despite the fact that most of those technologies are complementary solutions to interpretation, sometimes the most impactful solutions are literally right before our eyes:  imaging viewers.  I’ve written extensively over the past year about the challenges of radiology, many of which center on the limitations of legacy viewers that are used in daily practice.  Let’s face it, the viewer, like film years ago, is the essential medium of interpretation, and along with the radiology report, the communication of results to referring physicians.  Going digital revolutionized Imaging, but we’ve also proliferated dozens of viewers (e.g., diagnostic, clinical, referring, advanced visualization, CD viewers, EMR viewers, universal, etc…).  Simultaneously, a number of factors have influenced radiology organizations to push out upgrades and/or replacement of their current viewers, further exacerbating the use of viewers past their prime.  And for image generating organizations that have consolidated their operations in recent years, this has created a real problem of too many poor performing viewers that are no longer satisfying the basic needs of radiologists or referring physicians.

At a recent national SIIM conference, many radiology IT leaders were outwardly questioning whether radiology could improve both productivity and quality.  Some leaders sat on the productivity fence, others on quality, but few believed it would be possible to do both.  In the absence of a step-change in technology, there’s only so much improvement that can come from incremental advancements.  As an analogy, consider the automobile.  You’ve been driving your car for the last 3 years and you absolutely want better gas mileage because your commute stinks and the cost of gas has soared.  You follow the manufacturer’s recommendations, tune up your car, get an oil change, fill it with the recommended gas, inflate the tires perfectly, don’t gun the engine, and you drive at a moderate speed within speed limits.  You can tweak your behavior and maintenance approach here and there, but you’ll only experience a marginal improvement in gas mileage until you hit a limit and can improve no further.  Time to get a hybrid, or go electric?  Maybe.  Without technological change, one could argue that many radiology practices have hit the proverbial wall.

The good news is that next-generation viewing technology is not years away, but is available now.  Visage can help turn the tide, delivering improvements in both productivity and quality.  Here’s how, with Visage 7:

Unified, feature-rich viewer for all

These are just a few of the ways that Visage 7 can positively influence care at your enterprise.  What actions are you taking to improve quality and safety at your institution, and what role does your viewer(s) play in that equation?

When asked by RadiologyBusiness.com, “In your opinion, what is the greatest threat facing Radiology?”, ACR’s new CEO, William T. Thorwarth, Jr, MD, responded, “My biggest concern is apathy.”  How can your imaging organization continue to put off technology investment?  Perhaps the next time you peer into your viewer(s), you’ll recognize that the viewer(s) you look at day in and day out is a great place to start.

*Note:  Visage Ease is not a medical device and must not be used for diagnosis.