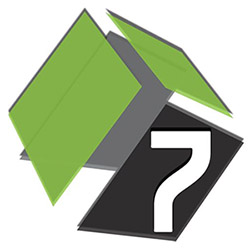 At RSNA 2014, Visage 7.1.6 will be showcased to demonstrate Visage 7’s benchmark speed, impressive clinical capabilities and massive enterprise scale.  Released in Summer 2014, Visage 7.1.6 includes substantial enhancements in nearly every aspect of the enterprise imaging platform, prominently featuring multi-tabbed Epic EHR integration; workflow and usability enhancements in display protocols, breast imaging and study loading; as well as increased scalability supporting tens of millions of annual imaging studies.  While other vendors have reduced their presence at RSNA, the size of the Visage booth has increased by 60% to accommodate the significant market demand for enterprise viewers that support the strategy of Deconstructed PACS.

Visage has also announced the release of Visage Ease Pro for mobile diagnostic image and results access, which will be available for download via the Apple App Store for Canada, Australia and EU-countries (that accept English or German as languages of the IFU) by the end of 2014.  Visage Ease Pro has been registered by Health Canada, TGA Australia and has received the CE Mark for mobile diagnostic use of imaging modalities other than mammography.

“Deconstructed PACS has energized today’s generation of enterprise imaging leaders to move forward,“ said Dr. Sam Hupert, Chief Executive Officer, Visage Imaging. “Visage innovations are empowering institutions to overcome today’s challenges in ways where there is simply no comparable alternative.  Years of legacy PACS have entrenched many organizations into inefficient, care limiting workflows that significantly restrict and impede modern clinical practice.  In contrast, Visage enables customers to break through those legacy barriers, resetting the bar of what is possible, elevating enterprise imaging for all.“

To schedule a priority demonstration and/or meeting with Visage at the upcoming RSNA 2014, please visit this link for additional details.